We starting our passage in Belfast. So excited, two weeks holiday and we are heading south. 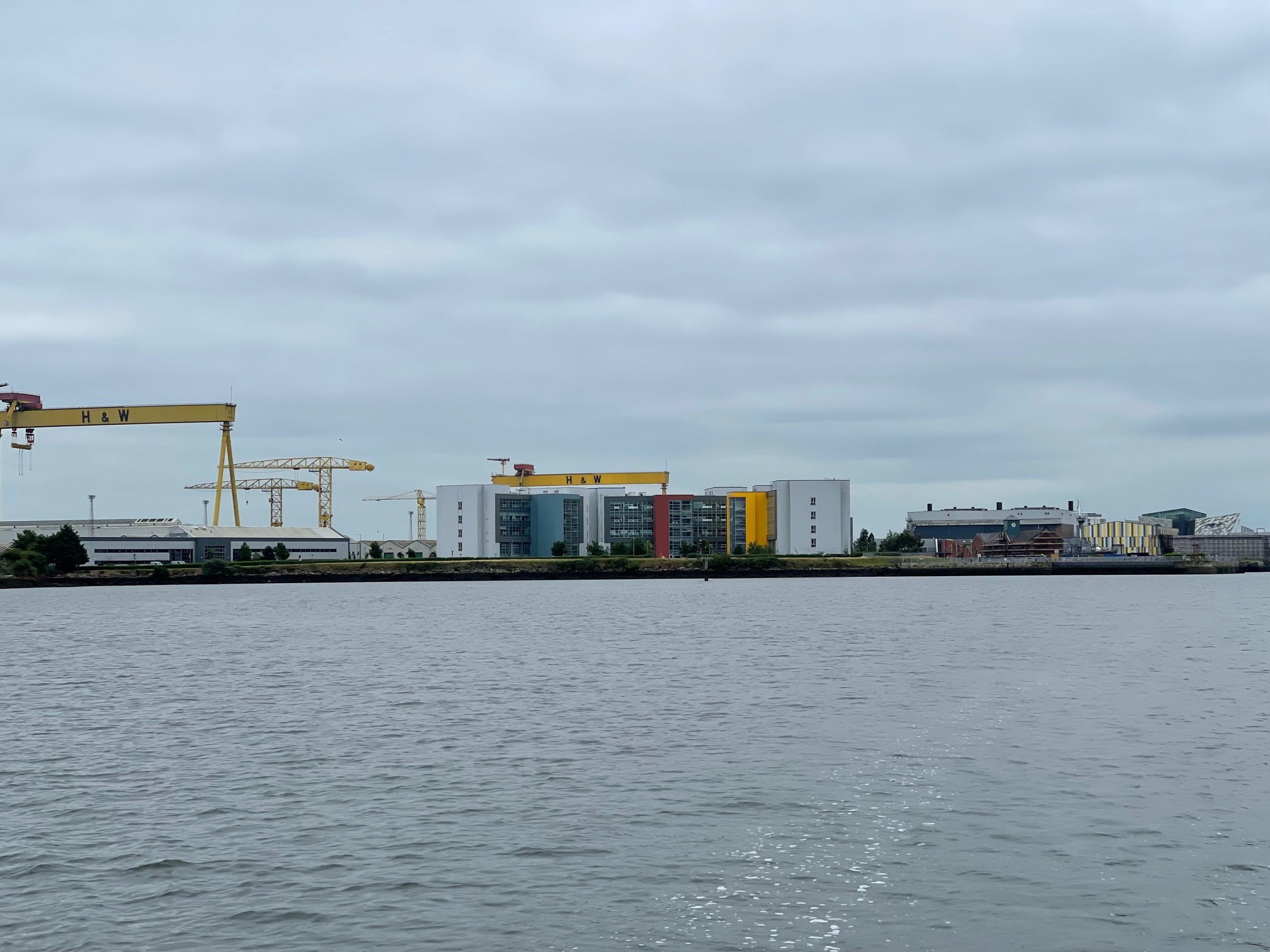 Founded by Ray Walsh and Len Wakefield as Thames Structural Plastics, originally to build fiberglass components for a number of industries. The emphasis turned to the manufacture of boats early on. The first sailing yacht was the 23’ SNAPDRAGON (1962). Expansion came in a number of stages and the company started to build it’s own factory at Canvey Island, Essex. (1965) As TSP Ltd., the company began doing the moldings for other boat builders; Thames Marine became the name for selling their own models. There was also a branch that built power boats and another to build the Prout line of catamarans. No longer in business.

1962 move to Southend and build the first boat, a Snapdragon 23.

1964 move to Canvey Island Essex and rename the company to Thames Marine.